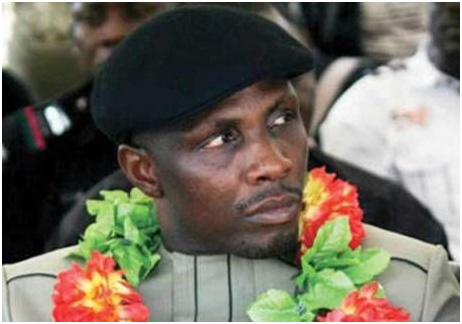 A Niger Delta group operating under the auspices of Delta Ijaw President Generals Forum has testified to the capability of former militant leader and ex-commander of the Movement for the Emancipation of Niger Delta, Chief Government Ekpemukpolo also known as Tompolo, to execute the pipeline surveillance contract effectively.

The Federal Government of Nigeria had recently awarded the N4 billion per month pipeline surveillance security contract to Tompolo.

In a statement jointly signed by the duo of Chief Godday Lyon, Chairman and Chief Richard Enaredei, Public Relations Officer, the Niger Delta group lauded the Federal Government “for awarding the contract to an Ijaw who is a foremost leader in Niger Delta”.

While expressing optimism that “Tompolo is capable and will do the job perfectly”, the group emphasised that the choice of Tompolo is the best choice ever.

The group then called on Niger Deltans to shun internal misunderstanding but embrace Tompolo and collaborate with him for the sanitisation of the Niger Delta environment.

“Internal misunderstanding is not necessary”, the group reiterated.