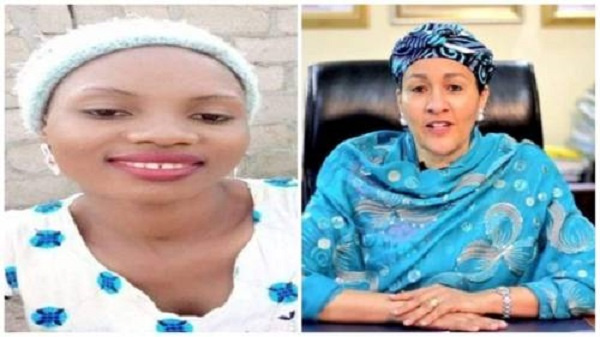 Amina Muhammed, the United Nations Deputy Secretary-General, has called for justice following the killing of Deborah Yakubu in Sokoto over blasphemy.

Muhammed spoke out via her official Twitter page on Tuesday, stating that religions should not be “misinterpreted to preach violence”.

“Justice must be done for the senseless, brutal killing of the young Deborah Yakubu in Nigeria. Religions should not be misinterpreted to preach violence when they promote peace. 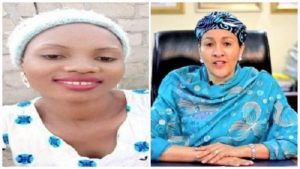 “My prayers are with the family and for the repose of her soul,” she tweeted.

Yakubu, a second-year student of the Shehu Shagari College of Education, Sokoto, was lynched on the school premises on Thursday after classmates accused her of blasphemy.

On Monday, the Sokoto Police Command arraigned two suspects, Bilyaminu Aliyu and Aminu Hukunci, before a Chief Magistrate’s Court in the state, for their alleged participation in the crime.

The suspects pleaded not guilty to the charges while the defence counsel, Prof. Mansur Ibrahim, applied for their bail on liberal terms, citing constitutional provisions and sections of the Administration of Criminal Justice Law.