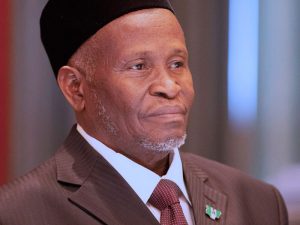 The Chief Justice of Nigeria (CJN), Justice Tanko Muhammad has demanded the records of proceedings in all the suits on which conflicting exparte orders were given. The Chief Justice of Nigeria (CJN) and Chairman National Judicial Council, Tanko Muhammad summoned seven Chief Judges to face probe over the recent wave of conflicting court orders in the country.

The CJN had earlier summoned the Chief Judges of Rivers, Kebbi, Cross River, Anambra, Jigawa, and Imo States. On Sunday, a source disclosed that the Delta State Chief judge may join the six others previously summoned.

The judges are expected to appear with the court records for a probe on Monday, September 6, 2021.

The source who disclosed this wrote, “The Chief Justice of Nigeria and Chairman National Judicial Council (CJN), Hon. Dr. Justice Ibrahim Tanko Muhammad has demanded the records of proceedings in all the suits from which conflicting ex parte orders emanated.

“The Chief Judges of Rivers, Kebbi, Cross Rivers, Anambra, Jigawa, and Imo States are to be quizzed on the controversial conflicting orders delivered in their various States on Monday, 6 September 2021.”

The source added, “There are indications that the Chief Judge, Delta State High Court, has also been invited to join the other six Chief Judges to meet with the Chief Justice of Nigeria on Monday.”

A top official of the statutory body concerned with appointment and disciplining of judges – National Judicial Council (NJC) described the summons on the seven Chief Judges as a “precedented move” meant “to reset the anti-corruption efforts of the Tanko leadership and entrench a new culture of accountability in the judicial system.”