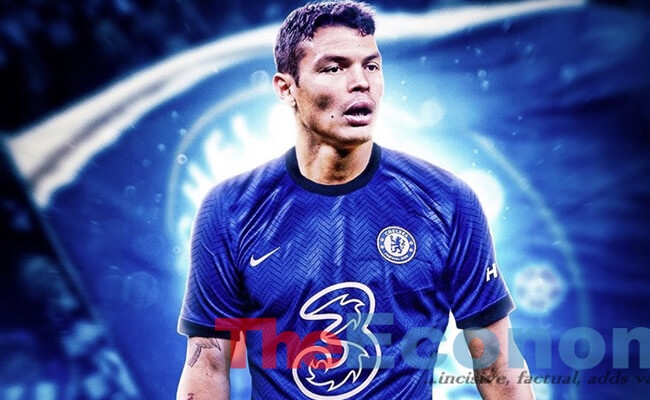 Less than 24 hours after falling to a 0-1 defeat to Bayern Munich in the UEFA Champions League final, Brazilian defender, Thiago Silva has agreed a deal with Chelsea FC that will see him stay at West London till June 2022.

Following a tweet by football journalist, Fabrizio Romani,The Economy Online learnt that the deal is expected to be hashed out and subsequently announced in the coming days.

Much speculation has surrounded Silva’s future following the defeat to Bayern in Lisbon, with many predictions hinting an end to the Brazalian’s decade long love affair with the Parisian outfit.

Silva, 36, will take a significant pay cut in a move reportedly worth €6m a year.

Canadian-born Nigerian defender, Fikayo Tomori is expected to go away on loan in a deal designed to make adequate room for the veteran Brazilian defender