Buhari to present 2016 proposed budget to Senate next Tuesday 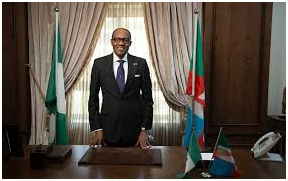 All is set for President Muhammadu Buhari to present the 2016 budget proposal to the National Assembly on Tuesday, December 22, 2015. This follows the resolve of the Senate members to shelve their Christmas holiday earlier scheduled to begin tomorrow, December 17. At an executive session that lasted over an hour before the commencement of actual sitting, senators debated the matter and resolved that it would be ready to receive the president only next Tuesday.

A source at the National Assembly told journalists that most senators had preferred the budget session to be fixed for Friday to allow them travel. He said that the choice of Tuesday was arrived at after considering the fact that Friday was too short a day, being a half-working day to conduct such an assignment. The decision would also allow the Senate to conclude work on the Medium Term Expenditure Framework (MTEF).

Meanwhile, the Senate President, Abubakar Bukola Saraki, has charged all standing committees of the Senate to take their oversight functions seriously.“I think we have shied away from some of the main reasons we were elected here. The motion is a partial indictment of us because Section 88 of the Constitution states clearly that it is our responsibility to oversight projects so that they are not abandoned.