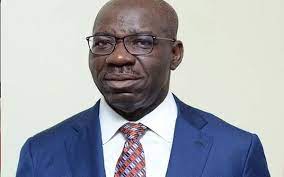 A Federal High Court in Port Harcourt, capital of Rivers State capital has granted an order restraining Edo Governor Godwin Obaseki and Edo government from enforcing a directive that all residents who have not taken COVID-19 vaccines will be prevented from accessing churches, mosques, banks, event centres and other public places from the middle of September.

While arguing the motions in the suit with reference number: FHC/PH/FHR/266/2021 filed by Charles Osaretin, against the Governor and five others dated August 30, 2021, the applicant’s lead counsel, Echezona Etiaba, a Senior Advocate of Nigeria (SAN), urged the court to order parties to maintain status quo pending the hearing and determination of the motion on notice, for the enforcement of the applicant’s fundamental human rights and for the leave of court to serve the respondents by publishing the court’s processes in a national daily newspaper circulating in Nigeria.

The orders, as prayed, were granted by the Vacation Judge at the FHC, Port Harcourt, Justice Stephen Dalyop Pam.

The court subsequently adjourned till September 10 for a hearing of the substantive motion.

Obaseki had ordered: “From the second week of September 2021, large gatherings will only be accessed by those who have at least taken one dose/jab of the vaccine.

“From the second week of September 2021, people will not be allowed into worship centres (churches and mosques), event centres, and receptions without showing proof of the vaccination cards.

“From the middle of September 2021, you can no longer access the banking services, if you have not been vaccinated.”