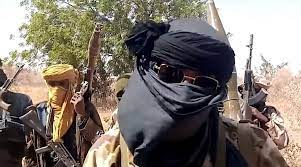 Bandits have released the 29 members of the Nigeria Cellphone Sellers and Repairers Association, Zamfara State branch, abducted along Sokoto-Gusau road last week after payment of an undisclosed amount.

Reports say that 55 members of the association were abducted along Sokoto-Gusau road last week while returning to Gusau after a wedding ceremony in Tambuwal town of Sokoto State where 26 had managed to escape.

The Secretary of the association, Ashiru Zurmi, who confirmed that the 29 members were released by the bandits on Thursday night, said that ransom was paid but refused to disclose the amount.

However, a member of the association said that N20 million was paid as ransom.

According to him, the bandits demanded the sum of N140 million but after the negotiation, they agreed to collect N20 million.

”Initially, the bandits demanded N140 million but we told them that the amount was outrageous.”

“They later told us to bring N20 million as the last option or else they would kill them, as such we mobilised the amount and gave them.”

“We thank God that all of them are in good health and nobody lost his life as rumoured earlier”.