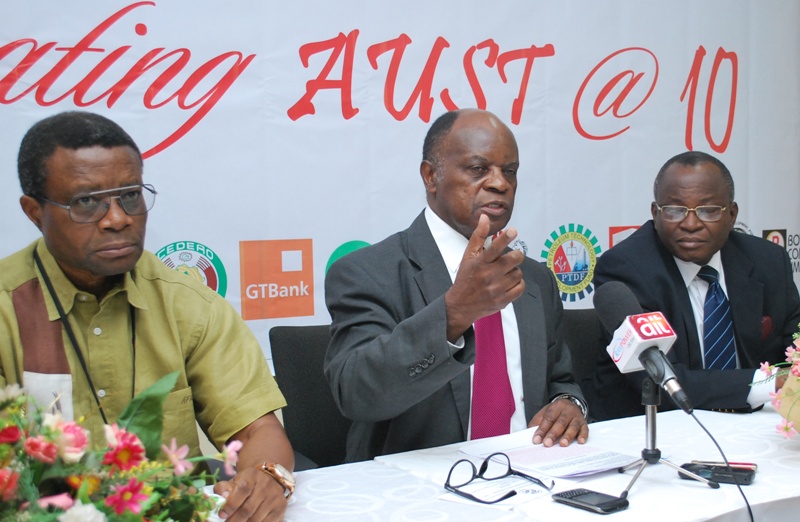 The African University of Science and Technology (AUST), a pan-African ivory tower in Abuja, has reasons to celebrate after 10 years existence in Nigeria. Professor Kingston Nyamapfen, president of the university said that the institution had in the last decade graduated 332 students with master’s degrees and 22 with PhDs.

In a pre-anniversary briefing in Abuja, Nyamapfen told journalists that the university established in 2007, has lined up activities to mark the 10th year anniversary throughout the year.  According to him, the graduated students and the 135 students presently pursuing courses in AUST were drawn from 19 countries in Africa. “However, 19 out of 54 is not a good mark, so we are redoubling our efforts to bring in students from more African countries. This is especially so as it is also part of our mandate to ensure that at least 60 per cent of our enrollment is made up of students from outside this region,’’ he said.

The president explained that plans were underway to introduce new programmes that  would meet the technological needs of Africa and the job market. “New programmes expected to start soon include 12-month Master’s degrees by coursework only, in Applied Statistics, Information Management, Mathematical Modelling and Public Policy,’’ he said. Nyamapfene also said the institution has set out this period to inaugurate its 7 million US dollars state of the art Science Laboratory. According to him, the facility will be used to provide solution to African’s technological deficit. The president listed events to commemorate the anniversary to include Documentary and Launching of AUST commemorative items fixed for February 22. The Science and Technology Competition Group for Abuja Secondary Schools would hold between May 22 and May 25 among others. The university was established with the support from Nelson Mandela Institution and the World Bank Institute in response to the demand for such an institution by the African Heads of State.