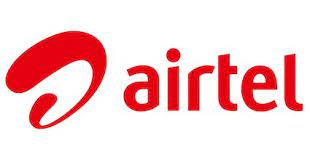 Airtel Africa, one of Africa’s largest telecom groups with a presence in 14 countries across the continent, today announced the signing of a $125-million revolving credit facility with investment banking group Citi through its branch offices/subsidiaries in sub-Saharan Africa.

The telecom says that this facility is in line with its strategy to raise debt in its local operating companies, and will include both local currency and US dollar-denominated debt. The facility has a tenor up to September 2024 and will be used to support Airtel Africa’s operations and investments in four of its subsidiaries.

According to an announcement released last month, Airtel Kenya has purchased 60 MHz of additional spectrum in the 2600 MHz band from the Communications Authority of Kenya, for a gross consideration of $40-million.

With this development, the current spectrum license is valid from July 2022 for a period of 15 years.

“This additional spectrum will support our 4G network capacity expansion in the market for both mobile data and fixed wireless home broadband capability, and will allow for future 5G rollout, providing significant capacity to accommodate our continued strong data growth in the country,” said the company via the announcement.

Airtel Kenya is one of Airtel’s largest markets by revenue. The company says this new investment reflects its continued confidence in the opportunity inherent in the Kenya market, and its wishes to continue supporting local communities and economies through furthering digital inclusion and connectivity.