As Europe seeks new sources of gas to ensure its energy security, can African markets fill in the Russian gap? While some countries are well poised to benefit from the potential economic windfall, others are lagging in terms of investment and infrastructure, writes Paul Sinclair, VP Energy for Africa Oil Week. 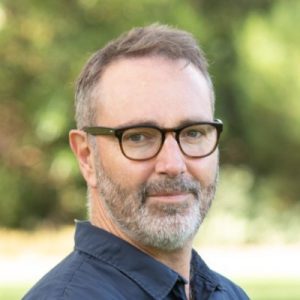 The International Energy Agency (IEA)’s 10-point plan to reduce the European Union’s reliance on Russian natural gas makes no mention of Africa. Within the region, it sees increased production from Azerbaijan and Norway as likely to provide some additional gas in the short-term.

However, African leaders are already moving to address European and global needs. They’ll be gathering in Cape Town from October 3rd to 7th for Africa Oil Week, the leading energy conference on the continent.

Africa is the new energy frontier, offering a wide mix of energy solutions which could provide long term relief. This reality is likely to spark increased investment and exploration in coming years.

In this changing global energy landscape, North Africa is much better positioned to increase gas supplies to Europe. Major markets such as Algeria and Egypt are already significant gas exporters to Europe and can rely both on LNG (Liquified Natural Gas) cargoes and gas pipelines to do so.

Last month Algeria announced spare capacity at the Transmed pipeline that could serve to increase supplies to Europe. However, it must choose whether it is willing to jeopardize its strong relations with Russia.

Sub-Saharan Africa is lacking the gas infrastructure required to play a major role in ramping up gas exports to Europe – at least in the short-term. The sub-continent has onshore LNG export facilities in Nigeria, Angola, Equatorial Guinea and one Floating Liquified Natural Gas (FLNG) terminal in Cameroon.

Although Nigeria, Angola and Equatorial Guinea have been struggling to supply feedstock to their terminals and operate at full capacity after OPEC quotas in 2020 and years of under-investment in limited upstream gas production.

Pipelines offer an attractive solution, but not for everyone

“While pipelines across the Mediterranean have been successfully delivering gas to Europe from North Africa, it remains to be seen whether sub-Saharan African countries can replicate the same success” says Mickael Vogel, Director & Head of Research at Hawilti, the pan-African investment research firm.

“Nigeria, which holds Africa’s largest gas reserves, has long wanted to supply gas by pipelines via Morocco and Algeria. However, the time required to achieve and commission such projects, if they ever get off the ground, make them impossible contenders in the short and medium terms” he says.

LNG terminals on the rise

Increased African gas supplies to Europe are only likely to come from already-scheduled facilities and deliveries coming from projects that broke ground in recent years.

Before the end of the year, Italian company, Eni, will start production on its Floating Liquified Natural Gas (FLNG) project off the Mozambique coast. The 3.4 mtpa (million tons per annum) facility was successfully moored this month and is only Africa’s second FLNG unit after Cameroon.

TotalEnergies is hopeful to resume construction this year at the Mozambique LNG terminal, whose commissioning is not expected before 2026. However, most supply contracts secured from the terminal are with Asian traders and off-takers from India, Japan, China, and Indonesia. Consequently, very little capacity is expected to be reserved for the European market. This leaves the door open to other competitors, should they be able to deliver on time, which is unlikely.

One mega-project likely to benefit from the current scenario is Tanzania LNG – a multi-billion dollars venture that would monetize almost 50 trillion cubic feet of gas discovered offshore.

It is expected that Tanzania LNG could become a strong gas supplier to Europe before 2030, if construction could start by mid-2023.

The reshaping of Europe’s energy security leaves a lot of unanswered questions, chief amongst them is the long-term demand for gas in Europe in the first place. In this ever-changing global gas market, FLNG is the wild card – and one which sub-Saharan Africa would do well to put on the table.

By next year, the continent will have three floating LNG vessels in operations in Cameroon, Mozambique, and Senegal/Mauritania. If all goes well, a fourth one could even start operating in 2023 offshore the Republic of Congo – where Eni is now fast-tracking the development of a modular and flexible liquefaction project with technology from New Fortress Energy.

“Because floating LNG allows developing smaller, or even stranded, gas reserves, it can be implemented across a wide range of assets with a shorter time-to-market. This makes it attractive in an environment where gas supplies need to be secured in record time,” says Mickael Vogel.

“FLNG projects are indeed a lot more flexible in how and where they deliver their cargoes. A major reason is that they can rely on shorter supply-contracts of less than 10 years, as opposed to bigger terminals who typically rely on long-term contracts of 13 to 20 years” he says.

As the current demand for “quick” gas supplies to Europe picks up, several likely African FLNG candidates could gain traction. However, for many countries the opportunity has been lost, at least for now.

Whether Africa has the potential to become a preferred gas supplier to Europe is not the only question. As I pointed out in a recent article, Africa needs to lift nearly half-a-billion (https://bit.ly/3DRyEVh) people out of poverty. In addition, nearly half of all African states have not experienced real economic growth in two decades.

This means Africa has little choice but to utilize both hydrocarbons and green energy to power its economies and drive social upliftment.

What will determine its ability to bring such reserves to market will now rely on increased stakeholders’ engagement and the development of meaningful, flexible, and rapid solutions.

Cape Town 2022 (https://bit.ly/3DNpEk0) will be a watershed moment as the economic realities of a new world order take hold.

Paul Sinclair is VP of Energy for Africa Oil Week