The African Democratic Congress has said collection of nomination forms for women, youths and Persons Living With Disabilities who are vying for various elective positions would be at no cost. 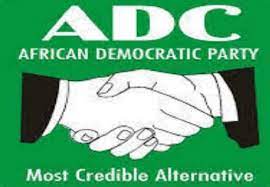 The party said the move became imperative to ensure much-needed inclusiveness for women, youths and PWDs in the governance of the country. The National Chairman of ADC, Ralphs Nwosu, disclosed this in a statement on Wednesday.

He described the demography as critical stakeholders who with their unique characteristics and capacities are at a vantage position to contribute meaningfully to national development if given the enabling environment.

The statement read, “The National leadership of the ADC has resolved to waive the cost of nomination forms for our women, youths and people living with disabilities who wish to partake in the 2023 general elections.

“This gesture is to encourage this critical demography to seek elective offices to enable them to contribute their abundant talents to uplift the tempo of governance and development in the country.

“The ADC is convinced that the majority of our women, youths and persons living with disabilities are capable and competent to contest elections and participate in governance in the country, hence the need to waive nomination fees to enable them realise their hitherto repressed political aspirations.

“We believe the country will witness tremendous and speedy development if a substantial number of women, youths and PWDs aspire to and attain key political positions at all levels.”