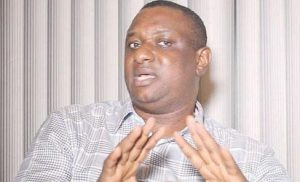 In a statement issued by the Minister of State for Labour and Employment, Festus Keyamo, SAN, the Federal Government directed all the participants who have no problems with their respective bank accounts to immediately proceed to their banks and clarify issues.

According to the statement, “For those who do not have problems with their BVNs but have not received payments, they should go to the banks that registered them to clarify the issues.

“The banks are mandated to issue ATM cards to all participants. Participants are therefore encouraged to collect their ATM cards from the banks so that they can access their payments from various cash points without necessarily going to the banks.

“Participants are assured that their stipends would be paid as soon as all issues are resolved.”

Keyamo explained that the meeting agreed that banks are no longer restricted to their initially allotted Local Governments.

He said, “Consequently, selected participants are at liberty to approach any of the seven selected banks nearest to the Local Government where they were selected. The Banks are Access, FCMB, Fidelity, Heritage, UBA, Yobe MFB and Zenith.

“So far, the NDE has authorized the payments of one-month stipends to all those that have been verified. As shown above, all parties are making strenuous efforts to resolve issues of those yet to receive the first month stipends before the commencement of the second tranche of payments.”