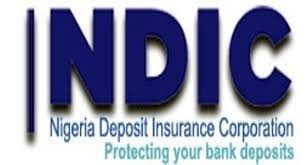 The Central Bank of Nigeria (CBN) has withdrawn the operating licenses of 42 microfinance banks (MfBs). The affected banks have been shut down.

The Nigeria Deposit Insurance Corporation (NDIC) has stepped in to wind down the banks.

The NDIC said it would promptly commence the verification of claims of depositors from today. 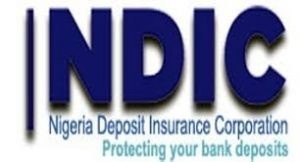 According to NDIC, the operating licences were revoked by the CBN effective from November 12, 2020.

The NDIC stated: “As the official liquidator of the banks whose licences were recently revoked, it is the process of closing the banks and paying their insured depositors.

“We therefore request that all depositors of these banks should visit the closed banks’ addresses and meet NDIC officials for the verification of their claims, commencing from Monday, 21st December, 2020 till Thursday, 24th December, 2020.”

For further clarification or any assistance, eligible depositors have been requested to contact the representatives of the director, Claims Resolution Department of the NDIC in any of the centres or zonal offices in Abuja, Lagos, Enugu, Benin, Kano, Ilorin, Bauchi, Sokoto, Yola and Port Harcourt.

Earlier, the NDIC stated that a limited understanding and widespread misconception of the Deposit Insurance System (DIS) in Nigeria was largely responsible for the pool of unclaimed deposits following bank closures.

NDIC’s Executive Director, Corporate Services, Mrs. Omolola Abiola-Edewor,  said the problems of limited understanding and misconception are the global challenges to the deposit insurance system. She spoke at the opening ceremony of the 2020 sensitisation seminar for judges of the Federal High Court in Abuja.

Mrs. Abiola- Edewor noted that the problem informed the concerted efforts by NDIC to continuously collaborate with the judiciary and other stakeholders in promoting sound knowledge and understanding of the deposit insurance system over the years.

She said the NDIC would continue to jealously guard its relationship with the Judiciary.

She added that the current economic situation occasioned by the COVID-19 pandemic had further underscored the need to strengthen the collaboration towards enhancing the stability of the financial system.