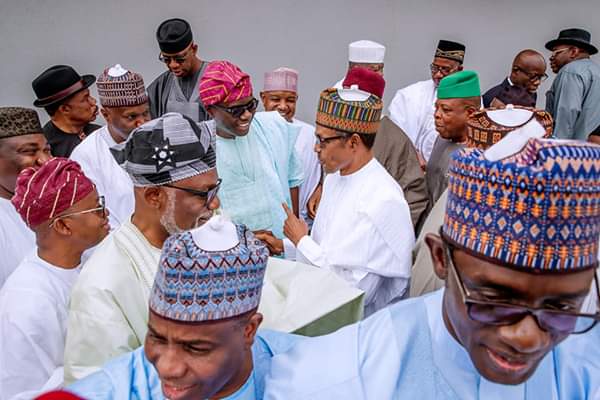 A former governorship aspirant in Zamfara State, Senator Kabiru Garba Marafa, yesterday alleged stalwarts of the All Progressives Congress (APC) are plotting to install a serving governor as President Muhammadu Buhari’s successor in 2023.

Marafa, who represented Zamfara Central Senatorial District in the Eighth Senate, spoke in Abuja while charting the way forward for the party’s reconciliation committee.

He believes the alleged plot by some members of the Governors’ Forum to hijack the APC machinery to install the serving governor to succeed President Buhari will crumble like a pack of cards.

“Nobody can bring the position of national chairman to the North now. The moves by some within the Governors’ Forum to hijack the party and install a serving governor and an expired one to succeed President Buhari will crash the way former Governor Abdulaziz Yari’s selfish agenda crashed totally,” Marafa said.

“There are good people in the (reconciliation) committee who mean well for the party, and I advise them to wake up and do what they are asked to do and leave the politics of 2023,” he added.